Drip vs Infusionsoft: Why Drip is Better

When Leadpages acquired Drip we switched over our 2 active Infusionsoft and numerous MailChimp accounts to Drip. Why? Because Drip is better. Let me explain…

Below are 4 of the most important reasons (to us) that Drip is better than Infusionsoft.

This review article is written by Mat O’Flynn of Drip Email Templates. 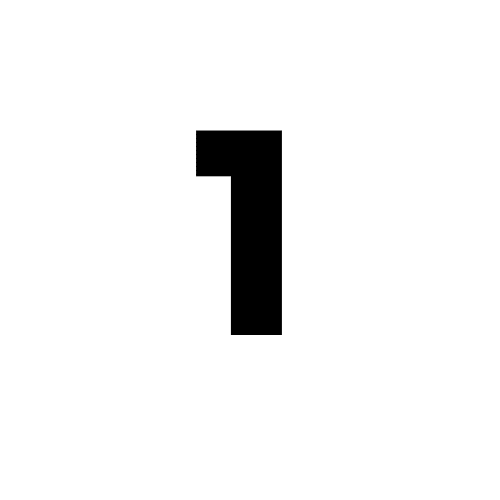 In August 2013 I was looking for a more automated Customer Relationship Management (CRM) tool than Asana, what I had previously used, to keep track of who I had emailed about job opportunities. I had previously dabbled with MailChimp but had never heard of Infusionsoft until I saw an ad on a related site that sounded like magic. The ability to track and automatically segment prospects based on their interactions with me sounded like a dream and I was quick to click the link and explore the Infusionsoft website.

But when I landed on the sales page, I was totally lost and felt like I was looking at a completely unrelated service. There were no videos and I had no idea what Infusionsoft was. So I signed up for (what I thought was) a demo hoping to see if the software did do what I was interested in and looked decent (I always play with every feature of something until I learn it inside out so testing things out myself is critical to me).

The next day I got a call from an Infusionsoft sales rep while I was driving. It went something like this:

After hanging up I realized that it was insane to pay $2350 before tax and the USD to CAD conversion to try out some software. After-all, I just wanted to see what the software looked like. So I immediately called them back and told them that I would like to cancel because I realized I’m actually just nuts. They accept and inform me that someone will call me to confirm that the payment has been returned… except when that person called me (and I love the guy but let’s be honest, he was their best salesman) I continued to explain at least 5 times how I made a terrible mistake (and I even ended that call believing that it would be the end of a reckless decision and that the mountain of cash would soon be returned) only to have him call me back a few minutes later to successfully convince me to stay. He won − and is still Infusionsoft’s top salesperson.

So trying to make the best of things, I learned the software over the next 3.5 years, paying $350 month after month even though I didn’t have a single contact in the CRM for about 6 months.

How would this interaction have gone if it were Drip?

To be fair, I haven’t touched on Drip’s actual sales team and that’s because the product sells itself. But if you spend even 3 minutes inside the official Drip Facebook Community you’ll find helpful folks like me and the most wonderful, caring Drip and Leadpages staff that you will have probably ever encountered.

If you were to compare an image of the same workflow/sequence in Drip and Infusionsoft which one would make the most sense to you? Below I’ve juxtaposed an identical scenario in Infusionsoft and Drip. Both images show the path that a site visitor takes when they sign up to receive a monthly newsletter (starting with a welcome email) and both examples are exactly the same. Without any previous training which makes the most sense to you? 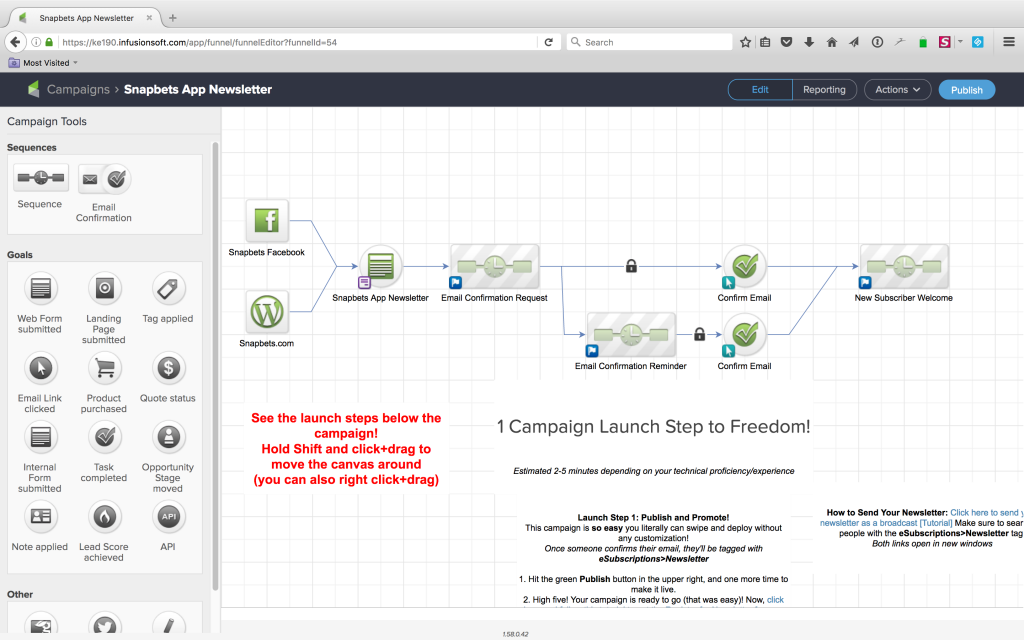 At the end of the day you have to be able to actually use the software to achieve the results you’re looking for. Infusionsoft took me 3.5 years to learn. Drip took me 3.5 minutes. Can you see why? 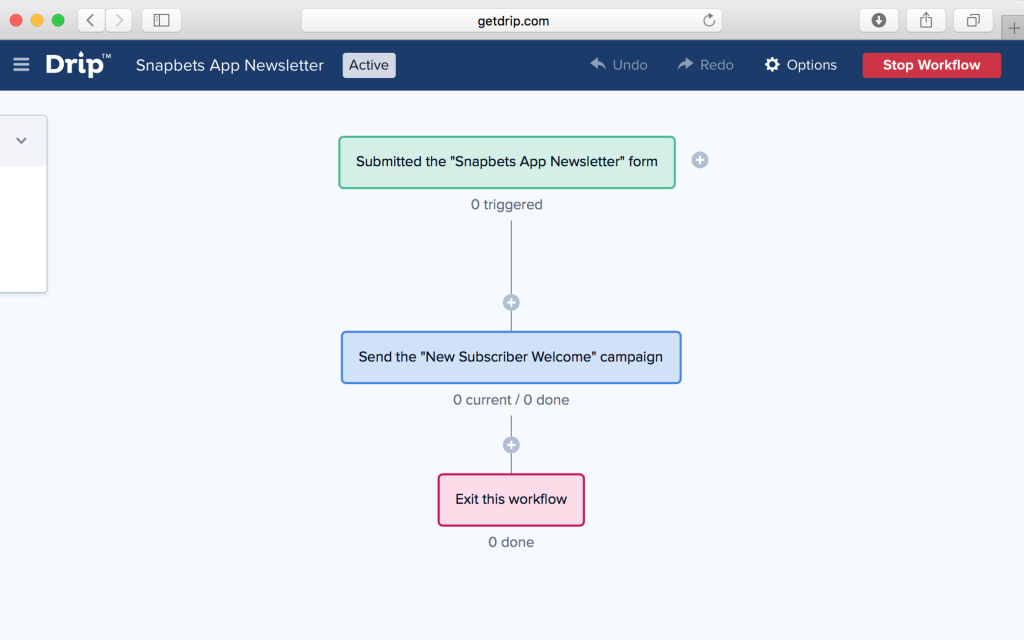 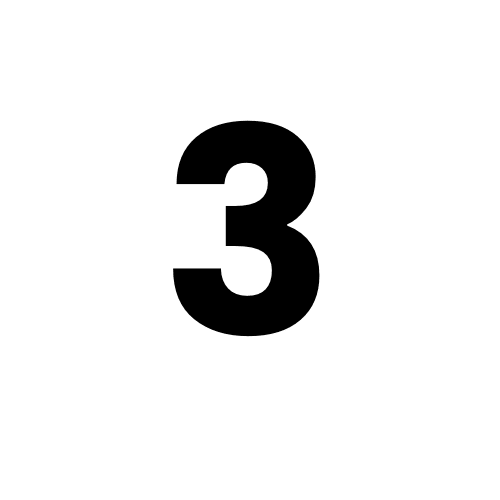 Unlike Drip, Infusionsoft makes you create an entirely new Infusionsoft application for each client that needs an account (expensive and time-consuming for agency owners that need to frequently switch between accounts). Drip however allows you to set-up an unlimited amount of sub-accounts under your main Drip account and determines the pricing plan that you fall into based on your total subscriber count across all of your sub-accounts. Because Drip has a forever free plan this means that you could have 100 or more Drip sub-accounts for various ventures that you operate and as long as the total subscriber count across all of those 100 etc. ventures is less than 100 you would be able to use Drip for all of those ventures for free!

Plus, as an agency owner Drip is a godsend. It allows you to access all of your personal Drip sub-accounts and client Drip accounts (that you’ve been given access to) within one convienient list accessible from every page.

Watch out fancy Infusionsoft salespeople − Drip’s email marketing automation software is so easy it sells itself. 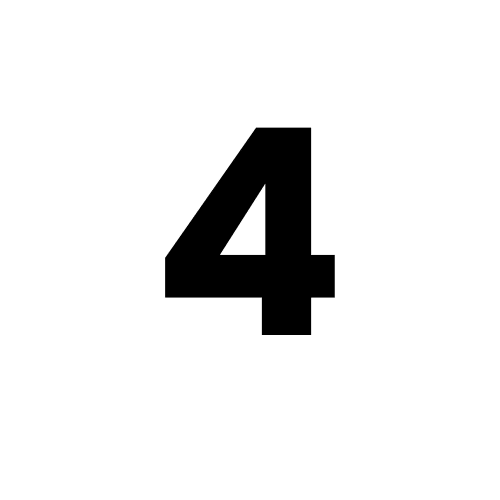 When I first decided to create this comparison between Infusionsoft and Drip I realized that I could have created a detailed, visualized, review that could have been dozens of pages long and still only scratched the surface of why Drip is the email marketing automation platform of the future.

To spare you the time of comparing something you just shouldn’t use (Infusionsoft) to something that you should absolutely use (Drip) no matter what industry or audience you serve, give Drip a try for free by clicking the image or button below to decide for yourself. Unlike Infusionsoft, you’ll find multiple ‘See how it works’ videos and ‘Join for Free’ buttons on the home page of the site that let you explore the software hands-on for free! 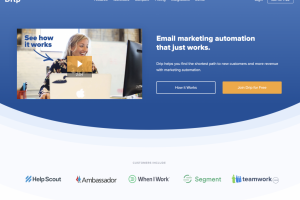 If you do sign up for a free or paid Drip plan using our affiliate link please let us know and we’d be happy to give you a free Drip Email Template of your choice just for taking a step in the right direction! Thanks for reading this review covering why Drip is better than Infusionsoft and if you experience any trouble or need one-on-one help we’re always available.

Ready to get started?
Browse Templates

Get a free Drip Email Template when you join Drip!